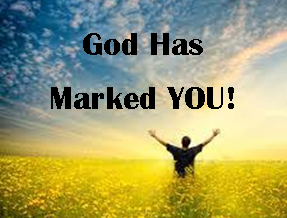 A beautiful white rabbit, used in a nature class, was to be given away to one of the children in a drawing. To take part in the drawing each child had to bring a note from his or her parents saying they could keep the animal if they won it. One boy’s mother was terrified by the thought of a rabbit as a pet. She emphatically said, “NO!”, much to the disappointment of the little boy. His father, seeing the deep hurt on the boy’s face said, “I don’t think it would be such a difference around here if we had one little rabbit. Besides, what are the chances of our boy winning the rabbit with twenty-eight other students in the class?” And so they gave their permission note for the boy to take to school.  That afternoon the boy rushed through the front door and excitedly announced that he was the big winner. The rabbit was his! “You mean that out of all twenty-eight students in your class you won the rabbit?” his mother asked trembling. “Well, not exactly,” said the child, “I was the only one with a note!”

Assumption can often be disastrous, leading to much worse than that above. Think of our assumption that leaves so much of the Lord’s work undone. A friend or neighbor well known to us is ignored rather than taught the Word. We assumed someone else would do it. Visitors are observed at our worship services, but we make no effort to welcome them and invite them back. They never return and we wonder why. Could it be because we assumed that someone else would make them feel welcome. Contributions fall short, Bible class attendance drops, teaching positions go unfilled, facilities are uncared for etc. etc., all because of our assumptions that someone else will meet the need. Let us never be guilty of assuming that others will fill the place we ourselves fail to fill. No one can do the work God has marked for YOU!!