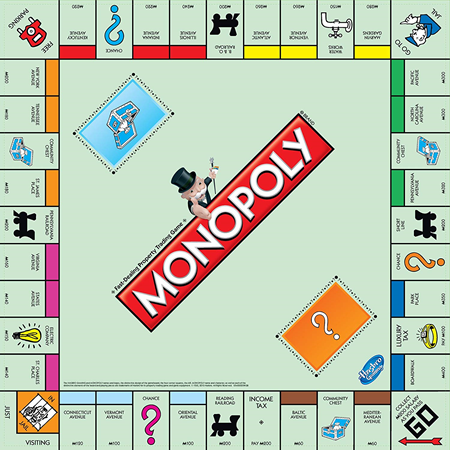 Charles Darrow was out of work and as poor as a pauper during the Depression, but he kept a smile on his face and a sparkle in his eye. He didn’t want his wife, expecting their first child, to be discouraged; so every night when he returned to their little apartment after standing in the unemployment lines all day, he would tell her funny stories about the things he had seen. His temperament was the color his wife used to paint her mood. If he came home weary and irritable, her spirits fell, and her smile vanished. On the other hand, if she heard him whistling a merry tune as he climbed the many flights of stairs up to their tiny rooms, she would fling open the door and scamper out to the railing to lean over and smile at him as he wound his way up the staircase. They fed on the gift of each other’s joy.

In his younger years, Darrow had enjoyed happy family vacations in nearby Atlantic City, and he drew on those memories to keep his spirits high. He developed a little game on a square piece of cardboard. Around the edges he drew a series of “properties” named after the streets and familiar places he had visited during those pleasant childhood summers. He carved little houses and hotels out of scraps of wood, and as he and his young wife played the game each evening, they pretended to be rich, buying and selling property and “building” homes and hotels like extravagant tycoons. On those long, dark evenings, that impoverished apartment was filled with the sound of laughter.

Charles Darrow didn’t set out to become a millionaire when he developed “Monopoly”, a game that was later marketed around the world by Parker Brothers, but that’s what  happened. The little gift he developed from scraps of cardboard and tiny pieces of wood he had obtained from a scrap pile was simply a way to keep his wife’s spirits up during her Depression-era pregnancy; ultimately, that gift came back to him as bountiful riches.

Monopoly is still being sold by the thousands of boxes all these years later.  Darrow created a special gift of joy, shared it with the world and the gift came right back to him a thousand fold. Isn’t part of our responsibility as Christians to share the joy of knowing Christ and the salvation that comes only through Him? Let’s make sure that is what people are seeing when they look at our lives. After all, we don’t have a “Monopoly” on salvation. It’s for EVERYONE!!