Have you ever heard about “The Nail”? As the story goes, they built a new church building and people came from far and wide to see it. They admired its beauty! Up on the roof, a little nail heard the people praising everything about the lovely structure-except the nail! No one even knew he was there, and he became angry and jealous. “If I am that insignificant, nobody will miss me if I quit!” So the nail then released its hold, slid down the roof, and fell in the mud.

That night it rained and rained. Soon, the shingle that had no nail blew away, and the roof began to leak. The water streaked the walls and the beautiful murals. The plaster began to fall, the carpet was stained, and the pulpit Bible was ruined by water. All this because a little nail decided to quit! But what of the nail? While holding the shingle, it was obscure but it was also useful. Buried in the mud it was just as obscure, but now it was useless and would soon be consumed by rust! The moral of the story – every member is important to the church!  You may, like the nail, feel obscure at times, but just like the nail, your absence is felt. When you are not present for worship, in some way the body of Christ hurts. We are ALL a part of the Lord’s ministry.

Christ Died for Our Sins–Has His Love Won Your Heart? 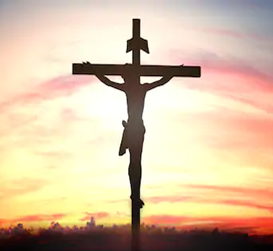 A certain king was very rich. His power was known throughout the world. But he was most unhappy, for he desired a wife. Without a queen, the vast palace was empty. One day, while riding through the streets of a small village, he saw a beautiful peasant girl. So lovely was she that the heart of the king was won. He wanted her more than anything he had ever desired. On succeeding days, he would ride by her house on the mere hope of seeing her for a moment in passing. He wondered how he might win her love.

He thought, “I will draw up a royal decree and require her to be brought before me to become the queen of my land.” But, as he considered, he realized that she was a subject and would be forced to obey. He could never be certain that he had won her love. Then, he said to himself, “I will call on her in person.  I will dress in my finest royal garb, wear my diamond rings, my silver sword, my shiny black boots, and my most colorful tunic. I will overwhelm her and sweep her off her feet to become my bride.” But, as he pondered the idea, he knew that he would always wonder whether she had married him for the riches and power he could give her.

Then, he decided to dress as a peasant drive to the town, and have his carriage let him off. In disguise, he would approach her house. But,
somehow the dishonesty of this plan did not appeal to him. At last, he knew what he must do. He would shed his royal robes!  He would go to the village and become one of the peasants. He would work and suffer with them. He would actually become a peasant. This he did. And by identifying with his subjects in this sacrificial way, he won the heart of his wife.

In like manner, our Creator also considered how He might win the hearts of humankind.  And then at just the right time, God in Christ robed Himself in human flesh and became one of us, taking upon Himself the very form of mortal man to dwell among us (John 1:14).  Then, in the fullest demonstration of His great love for us, He died on the cross for our sins, so that we might be reconciled to God (2 Corinthians 5:17-21). Has His love won YOUR heart?

We are at the start of a new year and each twenty four hour period I can plan on what type of day I am going to have. Today I can feel sad that I don’t have more money, OR…I can be glad that my finances encourage me to plan my purchases wisely and guide me away from waste. Today I can grumble about my health, OR…I can rejoice that I am alive. Today I can lament over all that my parents didn’t give me when I was growing up, OR…I can feel grateful that they allowed me to be born. Today I can cry because roses have thorns, OR…I can celebrate that thorns have roses. Today I can mourn my lack of friends, OR…I can excitedly embark upon a quest to discover new relationships. Today I can whine because I have to go to work, OR… I can shout for joy because I have a job to go to. Today I can complain because I have to go to school, OR…Eagerly open my mind and fill it with new tidbits of knowledge. Today I can murmur dejectedly because I have to do housework, OR…I can feel honored because the Lord has provided shelter for my mind, body, and soul. Today stretches ahead of me, waiting to be shaped. And here I am, the sculptor who gets to do the shaping. What today will be like is up to me in so many ways. It depends on my perspective as a person of faith. I get to choose what kind of day I will have! Have a GREAT DAY friends unless maybe you have other plans.

Room in the Inn is an emergency shelter program that originated in Nashville, TN  in the 1980’s and was brought to Jackson by Area Relief Ministries in 2007.  ARM partners with local churches to feed and shelter homeless men in Jackson during the bitter cold winter months, November 1 – April 30, offering hospitality, fellowship, a warm meal, and a soft bed for the homeless men in our community.

END_OF_DOCUMENT_TOKEN_TO_BE_REPLACED

Dr. Ernest Mellor wrote how he and his wife, “Sat charmed at an outdoor performance by young Suzuki violin students. After the concert, an instructor spoke briefly on how children as young as two, three and four years old are taught to play violin. The first thing the children learn, he said, is a proper stance. And the second thing the children learn—even before they pick up the violin—is how to take a bow. ‘If the children just play the violin and stop, people may forget to show their appreciation,’ the instructor said. ‘But when the children bow, the audience invariably applauds. And applause is the best motivator we’ve found to make children feel good about performing and want to do it well.’
“Adults love applause too. Being affirmed makes us feel wonderful. To rekindle or keep the flame of love glowing in your marriage, try showing and expressing your appreciation for your mate. Put some applause in your marriage and watch love grow.”
Meaningful applause—whether by hand clapping or with our words—is one the most effective and easiest ways to encourage one another. The word “encourage” comes from “en” meaning in, and “courage.” It means to put courage into another—and that’s something every one of us can do—so let’s do it often from a sincere heart. “Therefore encourage one another and build each other up, just as in fact you are doing.”
In Christ,
Bro. Barry