For God So Loved The World….

John Lewis is a chain of up-market department stores operating throughout Great Britain.  The chain is known for their heart warming commercials. One of their Christmas themed commercials featured a little boy and his pet penguin named Monty.  The little boy does everything with his pet penguin: watches television, plays hide-and-seek, jumps on the trampoline, plays under a makeshift tent in the dining room, and takes a walk in the park. As Christmas approaches, the little boy and Monty are watching an old movie with the boy’s parents. Monty is transfixed on the TV screen as a husband and wife kiss on TV. Later, when the little boy and Monty are sliding down a snow-covered hillside, Monty stops and is mesmerized by the sight of a couple walking arm in arm and gazing into each other’s eyes.  And on a bus ride home, the little boy sees Monty gazing out of the window at an elderly couple tenderly embracing on a park bench.

On Christmas morning, the little boy wakes Monty who has been sleeping at the end of his bed.  He covers Monty’s eyes as they walk into the room where the Christmas tree stands.  The little boy removes his hands and Monty sees that for which he has been longing: a female penguin with which he immediately falls in love. As the little boy’s mother walks into the room, she smiles as she sees her son playing with two stuffed penguins; a brand new one along with one that is weathered and worn because of use, whose name is Monty. The tagline of the commercial says give someone the Christmas they have been dreaming about. Even a little boy understands that we all need to have someone to love and to have that love reciprocated.  That someone also needs to be someone with whom we can relate – whether it’s a fellow penguin or a fellow person.

That’s the beauty of the Gospel message:  God loves us so much that He came down to us and became “one of us” in the person of Jesus, His Son. “For this reason, He had to be made like his brothers in every way, in order that He might become a merciful and faithful high priest in service to God, and that He might make atonement for the sins of the people” (Hebrews 2:17). God became “one of us” to demonstrate His love for us by identifying with us and then by dying for us so that we might be saved from our sins and receive the GIFT of eternal life (Romans 6:23).
In Christ,

Help for the Helpless 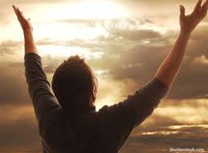 In an article in Campus Life a young nurse writes of her pilgrimage in learning to see in a patient the
image of God beneath a very “distressing disguise.” Eileen was one of her first patients, a person who was totally helpless. A cerebral aneurysm had left her with no conscious control over her body. As near as the doctors could tell Eileen was totally unconscious, unable to feel pain and unaware of anything going on around her. It was the job of the hospital staff to turn her every hour to prevent bedsores and to feed her twice a day.

Caring for her was a thankless task. “When it’s this bad,” an older student nurse told her, “you have to detach yourself emotionally from the whole situation…” As a result, more and more Eileen came to be treated as a thing, a vegetable.  But the young student nurse decided that she could not treat Eileen like the others had treated her. She talked to her, sang to her, encouraged her and even brought her little gifts. One day when things were especially difficult and it would have been easy for the young nurse to take out her frustrations on the patient, she was especially kind. It was Thanksgiving Day and the nurse said to the patient, “I was in a cruddy mood this morning, Eileen, because it was supposed to be my day off. But now that I’m here, I’m glad. I wouldn’t have wanted to miss seeing you on Thanksgiving. Do you know this is Thanksgiving?” Just then the telephone rang, and as the nurse turned to answer it, she looked quickly back at the patient. Suddenly, she writes, Eileen was “looking at me … crying. Big damp circles stained her pillow, and she was shaking all over.” That was the only emotion that Eileen ever showed any of them, but it was enough to change the whole attitude of the hospital staff toward her. Not long afterward, Eileen died. The young nurse closes her story, saying, “I keep thinking about Eileen.  It occurred to me that I owe her an awful lot.  Except for Eileen, I might never have known what it’s like to give myself to someone who can’t give back.”

When WE were helpless in our sins, Jesus Christ gave Himself for us that we might be saved from our sins (Galatians 1:4).  Jesus offers HELP for the HELPLESS!  When we could do NOTHING to save ourselves, He provided the way for our salvation by dying on the cross for us.  Our response should be one of extreme GRATITUDE that is demonstrated by our trusting obedience to His will.
In Christ,
Bro. Barry 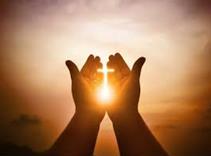 In the book, “Failure: The Back Door to Success” Erwin Lutzer, pastor emeritus of the Moody Memorial Church of Chicago, wrote, “Are you ready for this? It is possible to attend church regularly, participate in the service, and not worship God at all! Worship isn’t listening to a sermon, appreciating the harmony of the choir, and joining in singing hymns! It isn’t even prayer; for prayer can be the selfish expression of an unbroken heart. Worship goes deeper. Since God is Spirit, we fellowship with Him with our spirit; that is, the immortal and invisible part of us meets with God, who is immortal and invisible. Prayer can be worship; singing may be worship; reading the Scriptures may be worship–but not necessarily.”

Whether you worship during your church service depends upon you.  When you come to church, is it to meet God, do you do it out of tradition, or just to hang out with your friends?  Sometimes we are distracted. Sometimes we are more interested in what is going to happen after the service than what we have an opportunity to do together during the service. So how do we make sure that we worship God when we are together?

Realize, first that it is all about Him, not about us. In other words, we worship God for who He is, not for what we can get out of it. Knowing we are harboring the guilt of willful sin hinders our ability to worship God. God is holy, and we can only approach Him in a way that is worthy of who He is. But the promise is that “if we confess our sins (and repent of them) He is faithful to forgive us of our sins and cleanse us from all unrighteousness.” 1 John 1:9.  We worship both individually and as a church.  Community requires unity, which is only possible if we love one another.  Hebrews 10:25 says not to forsake the assembling together of ourselves.  In other words, we are commanded to meet together for worship – in unity and love. And in that God is glorified.
In Christ, 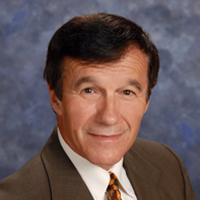 Here are some scriptural insights on praying effectively:

What is My Calling

The Apostle Paul spent a lot of time imprisoned for preaching the Gospel, but he had an interesting view of that time. He said in Philippians 1:12-13, “I want you to know, brothers, that what has happened to me has really served to advance the gospel, so that it has become known throughout the whole imperial guard and to all the rest that my imprisonment is for Christ.” Almost 25% of Paul’s active ministry to the Gentiles was spent in jail, but this is exactly where God wanted Paul to be.

The word “vocation” literally means “calling.” For us Christians, our vocation means where God has called us to be. The great and mighty “Apostle to the Gentiles,” the man who performed numerous outstanding miracles, the man who met with the resurrected Christ on numerous occasions, Paul’s calling for those years of his ministry was to be in prison. Our vocations from God may not always be easy for us. For example, a woman who is a stay-at-home mother, who is going on four hours of sleep, doesn’t receive a medal for her work. No matter how many diapers she changes or spit up she cleans, there are no heavenly trumpets for her. But still, this is where God has called her. This is her divine vocation at this point in her life.

Each and every one of you has a vocation, or a calling, from God. Not sure what that is? Just look at your lives. You may be called by God to work a 9-5 job.  That is your vocation. You may be called right now by God to spend your final years in a retirement home. That is still your vocation from God. So, what is our reaction to our callings from God going to be? We could sit around and bemoan our vocation. Paul could have whined that he was in prison; he could have grumbled that he wasn’t being allowed to do something more glamorous in worldly eyes. From that calling to be in prison, Paul was able to witness to all those around him of the mercy of Christ. You also can be like Paul. You can accept your various vocations as callings from God. And from those vocations, you can serve God faithfully and, in doing so, give a witness to those around you of the love of Christ.